Posted by Larry Blumenthal in Daily Life, Silly Behaviors on May 27, 2011

About two weeks ago, my wife began leaving the paper towel roll on the window sill in our kitchen, in clear view of Mr. Busy Hands. I have no idea what prompted this obviously insane action by a normally sane human being. But, through some miracle beyond explanation, the paper towel roll has remained there—untouched by the little fellow—ever since.

For many, this may seem like a minor occurrence. Trivial, even. A topic unworthy of a blog of this stature. For these two veteran autism parents, however, it represents a milestone comparable to men walking on the moon or the invention of gluten-free bagels that taste and feel like, well, bagels. Let me provide you with a short history. END_OF_DOCUMENT_TOKEN_TO_BE_REPLACED

Posted by Larry Blumenthal in Communicating, Daily Life on May 23, 2011 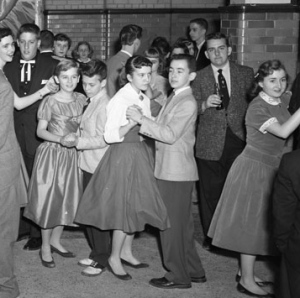 On the day of his first formal high school dance, Clay got up at 4:00 a.m. with no intention of going back to sleep.

“So sorry,” he typed for his Mom on the keyboard he uses to communicate. “Can’t sleep.”

It wasn’t the first (or probably last) time he’s gotten up that early. He has pulled a few all-nighters in his day, as well. So, off to school he went, while we crossed our fingers that we wouldn’t receive the dreaded call that he needed to come home.

At that point, it was anybody’s guess whether we would be going to the prom being held by the Autism Cares Foundation at 7 p.m. that night. Or, if we went, how it would turn out. END_OF_DOCUMENT_TOKEN_TO_BE_REPLACED

Posted by Larry Blumenthal in Daily Life, Silly Behaviors on May 17, 2011 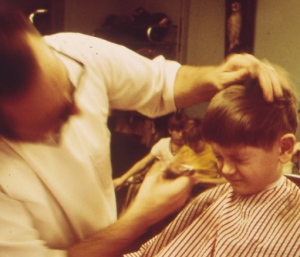 Last Sunday night, I gathered the equipment, let my wife know the time was at hand, and herded a shirtless Clay into the downstairs bathroom. The dog whimpered in the hallway as I locked the door.

Yep. It was time for Clay’s monthly haircut.

My son’s unruly crop of dark brown hair often looks like it was cut by a one-armed blind man riding in a bumper car at the carnival. No surprise since that is exactly how the experience feels when we attempt the monthly hair fest.

We’ve been through many scenarios. When Clay was younger, and a little more prone to sit still, we would brave the local barbershop. While his behind would stay planted in the chair, his head would bob and weave like a prize fighter. I’m sure some of the barbers took extra long with the person they were working on when it was clear that Clay’s turn was next, hoping they didn’t draw that number. We finally gave that up after a few years when one unlucky soul managed to cut his own finger during the mayhem. END_OF_DOCUMENT_TOKEN_TO_BE_REPLACED

Posted by Larry Blumenthal in Communicating, Daily Life on May 2, 2011 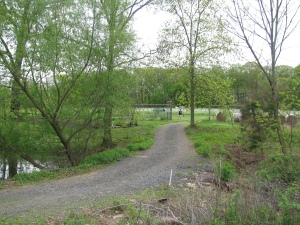 Clay had not been feeling well all week. Agitated and crabby. Lightning-quick mood swings. Typing on his keyboard “so sad so sick” whenever we asked what was wrong. (Allergy season takes a toll on the little guy.) But by Sunday afternoon, he seemed to be feeling a bit better—and we all needed to get out—so we decided to roll the dice.

This past winter we joined a local farming coop, and they were having an open house Sunday afternoon. I have visions of juicy strawberries and raspberries as big as your fist. I suspect Clay is imagining plump red tomatoes and peppers. Two of his favorite summer foods.

We asked the crabby one if he would like to go to the open house.

Off we went, ready to turn around at the slightest sign of dark mood clouds on the horizon. END_OF_DOCUMENT_TOKEN_TO_BE_REPLACED